Skip to content
February 28, 2021
Bitcoin / bitcoin cash / Blockchain News / Crypto News / crypto updates / Cryptocurrencies / Cryptocurrency / prediction / price prediction
Bitcoin has dropped to an all-time low for the first time in 13 months and this is what has got every one sit up and take a note of. It indeed came as a surprise because some sections of the society still believed that there would be a rise as there had been a continuous fall of Bitcoins along with a few other cryptocurrencies. 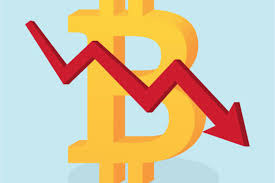 12% drop of Bitcoins
Bitcoin has held the title of being ‘the Largest Cryptocurrency in the World’ since its inception, however, it has over time been stumbling down with the passing days. Though a little while ago, there had been a time when the price of Bitcoin remained steady but it was not long before Bitcoin prices started to decrease.
Why did Bitcoin Prices Go Down?
This has been one of the questions that some of us ask and the reason what we get is that: ‘a civil war lead to the downfall of Bitcoins, the biggest Cryptocurrency ever in the market’!
Rise in Bitcoin Prices: Bitcoin has generally maintained its position at $5,000 and usually it even touched and crossed $6,000 for the most part of 2018. While many of the crypto enthusiasts felt that Bitcoins would never fall below $5,000 ever again. But things did not work in this way as there has been a strong reason for this set back which many believe in.
Split in Bitcoin: Reasons for Bitcoin Price Drop: Many believe that this split in Bitcoins termed to be ‘hard fork’ which we had reported earlier as well, is one the major reasons for Bitcoins to take a dip in its pricing. There has been a case of enthusiasts stating that this division of Bitcoins could certainly affect pricing of Bitcoin in a negative way; this prophesy seems to hold ground here.
Roger Ver versus Craig Wright: Thoughts would Clash
A clash between Roger Ver, (strong supporter and an early investor to the Bitcoin family) apart from taking lead to Bitcoin Cash ABC and Craig Wright (an Australian Computer Scientist) who also claims to be Satoshi Nakamoto, mysterious inventor of Bitcoins led to the downfall of Bitcoins.
Hard fork, as this split was referred is stated to be the reason because many believed that such a division might in all probability ‘destabilize the market’. And this has what has happened today!

Other Reasons for Downfall of Bitcoin Pricing
Some experts think that there would be other reasons as well because only one reason could not lead to such drastic change in Bitcoin pricing.
If you remember, SEC made an announcement that a few operators from Initial Coin Offerings have broken the law and must pay for it.
Regulatory Space does not spare anyone so how could some one run away by breaking rules and not be booked for them? Upon reading this news, crypto investors had to take a decision.
While it is time that would say what would happen next, there is nothing permanent and there have been many incidents to say so due to the fact that a few experts think it is time for a change to come about pretty soon.