Skip to content
May 19, 2022
Blockchain News / Blockchain Technology / Eleven01 / Government / India / Tech Mahindra
A Collaboration of Tech Mahindra and Government of Andhra Pradesh to Look Forward to!
In the West, Blockchain has to a great extent crept itself in to numerous fields yet there are many instances where it did not go up to its expectation. An individual shall be surprised to know that research is still going on as to how can one make use of Blockchain and its related stuff for the betterment of the society or ease of doing business. 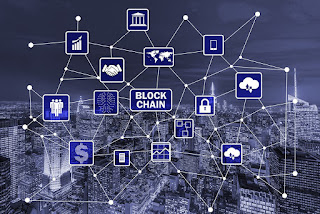 However, it looks like Government of Andhra Pradesh is going to beat the likes of West to emerge a winner when the question is about the usage of ‘Blockchain Technology’ in real time.
As we write this article, Andhra Pradesh Government from South India has collaborated with a top Information Technology company, Tech Mahindra to check out various avenues where Blockchain Technology can be put to use. In fact, the South Indian Government has already initiated the process of Blockchain for maintaining ‘land records’ thereby having an edge over others (now let that be the West or the rest of the Indian States!) 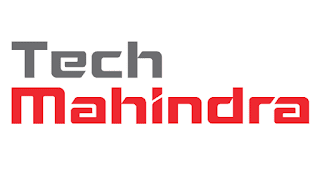 That is not all, because Andhra Pradesh also became the first state who has adopted Blockchain for the administration operations such as making note of Vehicle Titles.

The Andhra Pradesh Innovation Society or APIS has showed keen interest in the working conditions of Blockchain and hence, agreed to integrate with Eleven01 Team from Tech Mahindra! Both the groups together will be working to bring positive changes in fields that can include Blockchain.
J. A. Chowdary, IT Advisor and Special Chief Secretary to the Chief Minister added:
“We truly appreciate what Eleven01 Team is trying to do. We would be happy to associate with them to bring advanced development and innovations with regards to the Blockchain realm in the state.”
While Ramachandran Iyer, Chief Product Officer of Eleven01 added that it would be another feather in the cap to have Blockchain technology put in to right use.
Though some of us feel that Blockchain is still in its nascent stages but till the moment development takes place in reality, there can never be any conclusion to its usage. Hence, it was necessary for an institution to come up with right concepts or partner it with some of the best minds in the field.
One of the important aspects here is that the South Indian Government has come forward to ensure all the help it could provide to the project between the Innovative Society and Eleven01 from Tech Mahindra!

Having witnessed recent Bitcoin Cash Hard Fork and its repercussions, many crypto enthusiasts were in flux to invest in Cryptocurrency. But with G20 Countries having okayed for an in-depth work on Cryptocurrency payments only after complete research; it seems to have a positive effect on the overall picture.

Read Also: Bitcoin Cash Network Updates
It is now to see how would both teams move forward in order to make their aim of using Blockchain technology ethically.