Skip to content
May 19, 2022
Bitcoin / Blockchain News / Blockchain Technology / Crypto News / Cryptocurrency / digital assets / facebook / fb / stellar
Blockchain has inched itself closer to most of the departments it can. Even recently we reported of how many official departments are taking advantage of the latest technology through which records can be maintained in an easy manner. 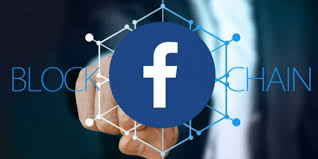 Interestingly, blockchain has not refrained its use to the West because even one of the South Indian Governments has taken forward blockchain thereby bringing itself up to date with the techniques used. Usually, in Andhra Pradesh Government, they used blockchain technique to maintain Land Records besides Vehicle Titles while in other places research is still being conducted regarding usage of blockchain.
Also Read:

How can Facebook be Left Behind in Use of Blockchain?
Of course, Facebook comes across as those platforms wherein they end up utilising latest technologies. Hence, it was about time for this giant to step in to the world of blockchain! It was first reported by some sources in October that Facebook plans to bring in both Blockchain and Cryptocurrency in its platform. 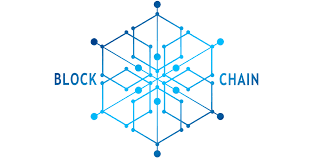 There was however, nothing clear about the way it would take this forward. What had started as a rumour appears to be turning true with recent events. Well, for your information, there have been job listings in LinkedIn related to Software Engineer but in Blockchain domain!
If reports are anything to go by then indeed there is something cooking in the house of Facebook which remains unclear at the moment. Barring a few exceptions, it may be noted that people are being recruited at the Social Media Giant for Software Engineer’s Post, however, their roles have not been defined clearly or sources may go on record and say that their roles or for that matter purpose of bringing them to Facebook has been hidden.
Use of Stellar Network in Facebook Blockchain Collaboration
Though unclear about Facebook’s intention of blockchain usage in its platform still some sources hinted at Stellar Network. This network is in its initial stages which is to be developed in near future.
When recollecting past reports, Facebook considered Blockchain Technique way back in the year of 2016.

Since then there were experiments for turning Facebook in to a more secured platform. To add to the speculations, Mark Zuckerberg, Co-Founder, Chief Executive Officer and Chairman of Facebook revealed of his plan to ‘fix Facebook’ somewhere in January of 2018.
Plans included ‘encryption’ for the most part!
What is Facebook Planning to do with Blockchain?
In crypto world, blockchain mostly deals with payments but at Facebook, this latest technology shall hold more ground to ensure that it can be dealt in a professional manner. For example, ‘providing foundation’, by doing so there would not be a set limitation to the number of opportunities that lay ahead.
No word from the offices of Facebook
There has not been any official word so far from the house of Facebook but speculations are rife regarding integration of blockchain with social media platform like FB.
Let us know if you would look forward to a FB Blockchain collaboration and what shall be its effects in comments below.
Also Read:
Addition of stablecoins