Skip to content
August 12, 2022
bitcoin price / crypto regulations / Cryptocurrency / FATF / Financial Action Task Force / G20 / others / tax
Cryptocurrency Regulation is now going to take a new front with G20 Countries coming in to the picture for having ‘cryptocurrencies under the tax radar’. FATF or the Financial Action Task Force’s standards will be considered so as to enable Anti Money Laundering Act to take precedence with the way things work.

G20 Opens Up to the Possibility of Having Cryptocurrencies Regulation
The United States has been at the peak when it comes to cryptocurrency market followed by Japan, and it is due to them that G20 Countries could consider having cryptocurrency regulation; especially after the way it has shot up or rather seen a number of fluctuations over the past few months. 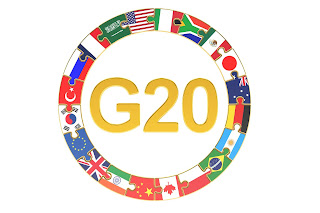 When such a huge set up like G20 Countries come in to the picture for #regulation of #cryptos then it will certainly be in line with FATF or the Financial Action Task Force Standards. These recent developments were seen post signing of a ‘joint declaration’ back in Buenos Aires, capital of Argentina.
There were also reports that stated of having these regulations go along with Anti Money Laundering Acts. Besides, stronger ties lead to stand against financing of terrorism.
Cryptocurrency Regulations would help Regulatory Frameworks
Agreed that there are many countries which have begun regulations in a right manner however, there are others as well who are still far behind due to the obvious reasons related to it. In order to have international standards up in place, regulatory frameworks shall be beneficial.
Establishment of Cryptocurrency Ventures seems to be put on hold due to regulatory clarity not being there. Therefore, it turns out to be necessary for speeding up the regulatory process so as to enable establishment of cryptocurrency ventures. Even Morgan Stanley and Goldman Sachs among other financial institutions are looking forward to have all crypto regulations in place.
2019, a Year to be remembered for Cryptocurrency
The sources went on to state that further discussions shall be carried out somewhere in 2019 because it is then that Japan would become the President of the Summit. (And like stated in the article earlier, Japan is second to the U. S. when it comes to cryptocurrency transactions).
It may be recalled that, Bruno Le Maire, Finance Minister of France, had earlier stated on ‘careful examination of cryptocurrencies and specifically Bitcoins’ post which final decision on having regulation of cryptocurrencies can be made.
Bitcoin Price Today
As some of you are aware of the constant changing aspect of Bitcoins, in recent times, it has not been stable with today’s (the time this article was written) Bitcoin price was close to $3933!
The moment all these questions are answered, it would become clear as to what and how will cryptocurrency regulation go forward. There are also speculations of having a ‘public investment vehicle’ similar to that of an ETF or the Exchange Traded Fund.
Looks like G20 is going to move forward and help create a system that backs ‘sustainable growth’ in ways benefiting many out there! While it is to see what would be the impact of this on cryptocurrencies.

Users can now Own Crypto Exchange!