Skip to content
May 19, 2022
Bitcoin / bitcoin news / Blockchain News / Crypto News / crypto updates / Cryptocurrency / football / football club / ICO / Portuguese Football / Sporting Clube de Portugal / Sporting Ponders
ICO seems to have started moving towards various departments as well and the recent one to join this list is none other than the Portuguese Football: ‘Sporting Ponders’. Though still it is in the initial stages, there are talks about putting ICO or the Initial Coin Offering concept for good use for the Portuguese Football Club to raise funds. 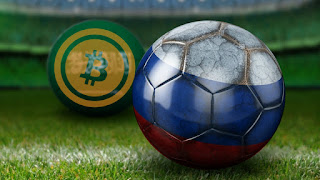 So far, there has been only traditional methods of raising funds but with passing time, it turned out to be somewhat difficult to raise funds specifically through bond issue. The same bond issue is going to mature on the 26th of November and thus it was time to look carefully at different prospects before coming to a final decision.
Gross Annual Interest Rate
Generally, the bond issue that Sporting Clube de Portugal has, gives a 5.25% gross annual interest rate to the investors. Due to this interest rate, it raises about €30 million or $34.2 million.
Sporting Clube de Portugal requires funds because it is on the verge of repaying investors for the bond issue that is due to mature on 26 November. To meet the set target, the Football Club has already raised about €26 million or $29.6 million.
This amount was brought together after an increase in subscription orders that the team at Sporting Clube de Portugal had put up with. However, amount collected so far falls short of the actual amount hence it was decided to look in to other options that could help in raising funds.
Vice President of the Football Club, Francisco Salgado Zenha stated that the board is meeting often to discuss the possibility of bringing in Initial Coin Offering as an alternative option. There is nothing concrete in these discussions yet because all corners are to be checked properly before coming to a conclusion.
One conclusion that seems to have been made so far is that ICOs definitely have great potential in the sporting arena.
Other Clubs who are part of ICO
Portuguese Football is not the first of its kind to join the league of ICO in sports as there have been other clubs who entered this field a while ago as well. Some of the names inclusive of this list are ‘Brazilian Football Club Avai’ who launched not only its own ICO but had also raised about $20 million! 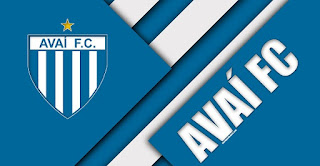 Similarly, Paris Saint Germain, French Soccer made it clear that it is also having its own cryptocurrency; apart from Newcastle United and the Cardiff City are in talks with SportyCo for assisting sporting brands to launch their decentralized sports investment plus funding platform. SportyCo was also responsible for Avai when Avai set to launch its tokens!
An Easy Walk for Sporting Clube de Portugal?!
It does not seem to be a cakewalk for the club to get initial coin offering start however, Securities Market Commission or the CMVM of the country has informed all organizations to clarify ‘judicial nature of tokens which are going to be issued’.
With ICO coming in to picture, it is to see if cash crunched sporting clubs get some relief.