Skip to content
July 5, 2022
Blockchain News / Crypto News / crypto updates / Cryptocurrencies / Cryptocurrency / currency / Digital currency / Japan
Digital Currency slowly turns out to be a more viable option than other currencies in place. It was hence a natural step for companies to take forward this kind of currency. 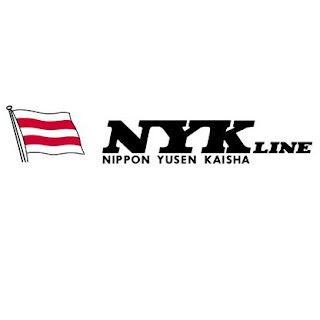 A Japanese Shipping Line to Launch its (Own) Digital Currency
Yes, you have read it correctly, Nippon Yusen K. K. or NYK is one of the largest ‘shipping line’ when it comes to ‘Sales Department’. Some sources have also reported by saying that the digital currency to be introduced by this firm is going to be used only by the crew members.
There is a simple reason for providing a digital currency of its own, reasons being individuals or the crew members can manage money without any troubles in Nippon Yusen K. K. When calculated the revenue from 1 April to 30 September 2018, it stood at 915.6 billion yen. With a staggering $8.1 billion consolidated revenue, NYK Group went a step ahead to introduce its own currency.
This idea is however in its initial stages and therefore nothing much can be revealed about it presently. There is little information that these sources are aware of, some of this information include:

·         1)  New Digital Currency by Japanese Shipping Firm shall be pegged against dollar.
·         2) This would mean that irregularity in value is not going to be a problem.
·         3) Payment in one’s digital currency is a great method to cut down costs and trouble taken during            transferring amount to the maritime workers.
Work in Progress with Banks to Offer Such Services
Nippon Yusen K. K. is working with not only software developers but also is in talks with banks so that launch and use of their new currency would not have adverse effects. Conversion of the new currency while putting in to use ‘shipboard communication system’ are successful at the moment and so when a few more technological inputs are given, it is certain to have positive effects on the overall system.
There is one question though that has taken individuals by surprise as well as put their thoughts on a racing track: it is none other than the only question: ‘will this digital currency be of any help to a company as large as Nippon Yusen K. K.?’
Agreed that many other companies are slowly moving towards the new age trend of digital currencies still it has not been completely accepted by many, some experts feel that if every single thing is worked as per rules then there are chances for such currencies to rise steadily with time.
Blockchain or No Blockchain?
Some of you may be knowing that digital currencies these days have been associated with Blockchain because it is due to these blockchains that cryptocurrencies work. But it is not clear yet as to what technology shall this shipping line put in to use; will it be blockchain based or another technique on similar lines?
One aspect is clear though and it is that customization is key to establish Nippon Yusen K. K.’s Digital Currency in order to serve its purpose.
Time may have come now that people are switching to digital currencies but still, it is a long way to go.

Traveler | Get More Out Of Your Travel