Skip to content
May 20, 2022
Crypto News / Crypto payments / Cryptocurrency / Dash / dash payments / digital cash / KFC / Papa Johns / Subway / Venezuela / wallet
Switching to cryptocurrency payments for commodities gives the impression of being an easy task that anyone can do. More so because these days process for paying in cryptos has gone to being a simple one. Well, starting this week, KFC shall be accepting Dash Cryptocurrency Payments however, currently, it is only limited to its store in Caracas, Venezuela.

Plans to Extend Dash Payment in Food Outlets
DASH Payments will be accepted only at Chacao Municipality store in (Caracas) Venezuela however, there are other KFC outlets wherein Dash payments would be acceptable after a while. All of this was possible due to Dash Merchant Venezuela, an organization assisting merchants in Venezuela with Dash payments.
Read Also:  Blockchain Related Products by Amazon
Training is of utmost importance here and hence, creating awareness is necessary besides putting in to use a currency having store value plus ease of use. Brains behind KFC Venezuela’s acceptance of DASH payments is Alejandro Echeverria and his team. 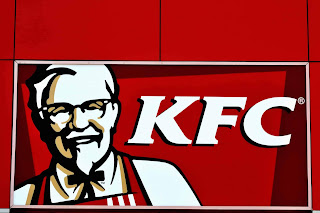 Echeverria turns out to be the Co-Founder of Dash Merchant Venezuela along with his team managed to get a giant like KFC on board thanks to advantages Dash offers. Apart from this, there is Dash-Android Branded Kripto Mobile; these phones will have Dash Wallets installed for an individual to use.
If you look at various banks across the world then you can see that there are support systems or centers, on the same lines there is a support center for the Crypto World. This also is one of its kind in cryptic industry today.
Ensuring that things do not go wrong in any way, applications like Uphold and Bitrefill are going to be installed prior itself in order to have some amount of Dash in them.
Reach of Dash in Venezuela
Venezuela and its people are steadily adapting to the concepts of cryptocurrency payments and Dash cryptocurrency is one such crypto coin that has not fallen so far. Instead, people have opted for Dash more than anything else. 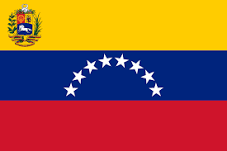 As per the Co-Founder of Dash Merchant Venezuela, there are about 2,445 merchants who have okayed Dash as a mode of payment for their business in Venezuela. These merchants include food trucks to family businesses at the moment.
Dash Text Launch
Furthering its efforts on promoting cryptocurrency payments, Alejandro Echeverria has set up its own Dash Text that was launched in November of 2018.
Some of you may be even aware of the fact that in Venezuela, most people do not use smartphone therefore, as an alternative came in Dash Text to reduce connectivity issues. When an SMS based cryptocurrency transaction service is in action then there would not be any requirement of internet or a smartphone.
KFC on the Move with Cryptocurrency 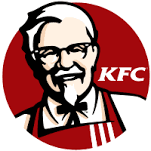 KFC has to a certain extent welcomed cryptocurrency and therefore it was about time for them to include Dash post Bitcoin payment (that happened in KFC Canada in January of 2018). On the other hand, food joints such as Subway and Papa John have also showed interest in crypto payments in their outlets in the past so it was natural for other restaurants to step in to the business of crypto merchant payment. However, it is to see which shall fare well: Bitcoin Payment or Dash Payment?