Skip to content
May 20, 2022
Bitcoin / bitcoin news / Blockchain News / Crypto News / Cryptocurrency / Digital currency / Nasdaq / Trading
Bitcoin Futures does not look like taking a downhill drive because NASDAQ, the American Stock Exchange, second largest in the world, has some plans for it. If reports are anything to go by then the American Stock Exchange is in no way going to leave Bitcoin Futures as it is still in full force to keep launch of Bitcoin Futures as per the plan. 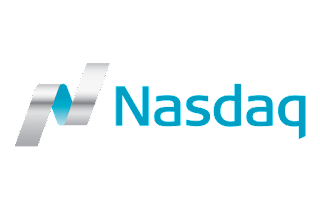 Bitcoin goes down but not plan to launch Bitcoin Futures
Though Bitcoin in recent times has seen downfall on almost continuous basis still it did not leave an impression on NASDAQ. Reasons for this being, team at NASDAQ plans to launch Bitcoin Futures somewhere in early 2019.
Work is in full swing for the launch to be a timely one as team responsible for this at NASDAQ is working on nitty gritties of the launch and it has already come to terms as to what are the missing aspects. With this information in hand, team at the second largest stock exchange is constantly upgrading its launch in order to meet standards laid down by none other than the Commodity Futures Trading Commission aka CFTC.  For the beginners, CFTC is the main swaps regulator back in the United States. 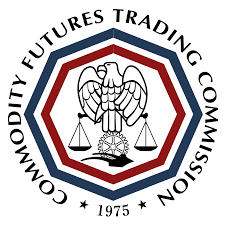 Agreed that there many plans were there for Bitcoin Futures to be launched somewhere in the mid of 2018 however, all aspects could not be placed during this time and thus the delay was about to be caused. However, with passage of time, NASDAQ has worked out its plan and it is in full swing to release one of the best versions of Bitcoin Futures in present day.
It is now to see what would be its affects or how Bitcoin Futures is going to be affected by the volatile pricing of Bitcoins witnessed now a days in crypto world. Bitcoin pricing has indeed shaken the world to the core bringing about a series of changes in the way people in general and investors in particular looked at Bitcoins.
NASDAQ not affected with Bitcoin Pricing
There were also some reports in the market that stated that the American Stock Exchange is not perturbed with the way Bitcoin’s world changed almost overnight! (or should we say almost a few months?!)
Cryptocurrency Trading may go in for a Change
Yes, you have read it correctly, with NASDAQ’s decision becoming a reality, it is sure to make some changes, major ones to the world of Cryptocurrency. Although majority of these modifications would be seen in the Cryptocurrency Trading World!
Due to this and similar other reasons, Bitcoin Futures is being planned to be launched in early of 2019 and most probably in Q1 of 2019! Another of the key points here is that there are a lot more chances of having NASDAQ’s own Bitcoin Futures Contracts in Q1 so that nothing goes wrong at the last moment with inclusions of having the latest techniques in place so as to be enable to cater to the upcoming market.