Skip to content
May 20, 2022
bitcoin news / Blockchain News / crypto regulations / crypto updates / Cryptocurrencies / Cryptocurrency / digital assets / Digital currency / News / US / US state
Ohio seems to be one of the first states to have agreed for business tax payments to be carried out in Bitcoins, a Cryptocurrency which has seen quite some unrest in recent times.

Pay Business Tax in Cryptos
As a matter of fact, a strong reason compelled Josh Mandel, State Treasurer and his department to look in to cryptocurrency payment. One of the reasons here is: crypto payments are not only transparent but also secure. Finally, the cost of these is also at the lower end.
With these and many similar characteristics of Cryptocurrency Payments, it was time for the officials to okay tax payment in bitcoins. Moreover, with cryptocurrencies, none can transfer the amount to third parties, thereby eliminating fraud altogether.
Blockchain network enables for a tracking system in a second to second basis thus making it transparent to the core. One may wonder as to when was it that Bitcoins in particular and cryptocurrencies in general became a favourite of Mandel; and so, for the record, Mandel has been keeping a track of the way cryptocurrencies work and he showed keen interest in bitcoins right from the time he was appointed way back in 2011.
Views of Jerry Brito on Bitcoin as Mode of Payment
As per the Director of Coin Center, Jerry Brito, bitcoin technology is advanced in every manner and this is why people from both sides, government and the bad guys look forward to use it for their means. However, there are only two common aspects here: one is Bitcoin and second is Blockchain.
When we look at the news, we understand that there has been quite a downfall in terms of Bitcoin’s graph in the past few days, however, the end has not arrived yet.
By adopting Bitcoin, a cryptocurrency as a mode of payment, Government is ensuring that payments are more secure, more efficient and of course are transparent. Thus, taking technology to the next level.
There have been other states as well who tried bringing in cryptocurrency payment and making it official still luck has not been on their side as at the higher levels, the legislative levels, things were stalled.
Ohio: First State in the US to Accept Bitcoin Payments
Yes, with other states backing off, Ohio became the first state as well as the first government in the United States to make an official announcement regarding acceptance of tax payments in cryptocurrencies and in Bitcoins at present! Thus, beginning from the 26th of November, Ohio shall accept Bitcoins for tax payments. 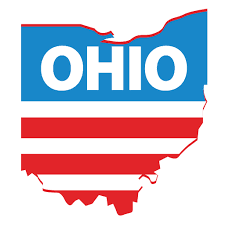 Currently there are about 23 kinds of business taxes which can be paid in Bitcoins. To pay taxes one can utilize BitPay, the payment service and end up paying taxes.
Note:
Currently only businesses are permitted to pay (business) taxes through BitPay (in bitcoins) there are plans to make it available for individuals as well. But for this to happen, a lot more thought process is to be done.
Till then let us see how the world of cryptos would work about and what shall be the status of bitcoins in the future.