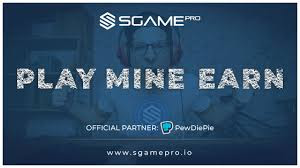 Sgame Pro is a unique mobile gaming platform that enables the player to play their most favorite mobile games and meanwhile gets rewarded with their own issued utility crypto-token Sgame Coin (SGM). The players will also be able to challenge other players even in Single player games turning them Multiplayer games. The platform would also enable game publishers to publish their games on the platform and get their desired audience to get and play their games. The publishers will earn more revenue as the players play their games on a large scale, while the players will earn tokens for playing those games. The platform also provides the facility for the player to live stream their experience and allows the users to give them donations with SGM tokens on the platform.

Sgame Pro’s basic focus is to provide gamers an unusual user experience where they exceptionally earn SGM tokens while they play their most favorite and most popular mobile games. Other than that, the platform focuses on providing the players with features like challenging other players and play Single player games as Multiplayer games on the platform, and meanwhile live to stream their experience with others and get SGM tokens as donations by the viewers. 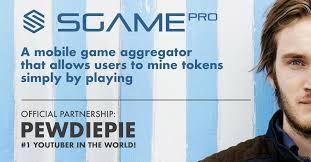 Mobile games are mostly in the Single player mode which is why they lack social interactions.
Publishers accept and include invasive in-app advertisements which only earns revenue to the publishers while it only frustrates the players when they are playing and they need to see the advertisements.
There aren’t a lot of places where players can find the latest games, nor there are many for publishers to publish their games and get their desired amount of audience.
Digital goods and in-game materials like gems, armors, guns and other things are often sold for fiat in Digital Stores which causes a lot of players to abandon their wishes to buy them.
Also Read About: Orbis Money Transfer and Investment – Project Review

Players on Sgame Pro platform can challenge other players and turn their Single player mode games into Multiplayer mode games in 1 vs 1 to 1 v 100 and interact with each other while in the game.
In Sgame Pro, the players also get a portion of the revenue generated by the advertisements in the game they are playing.
Sgame Pro provides a one-stop-shop for gamers to find their favorite games along with the latest and upcoming games, while the publishers can publish their games and get their desired audience with the help of the platform.
The SGM tokens that players earn on the platform can be used to buy digital goods on the platform instead of paying for them with fiat currencies in other Digital Stores.

Cryptocurrencies on the rise again!