Skip to content
May 20, 2022
Bitcoin / Blockchain News / Crypto News / crypto regulations / crypto updates / Cryptocurrency / Ethereum / exchange regulations / Taiwan
Crypto exchanges in Taiwan are going to have some more new strict rules targeted to prevent illegal transactions under the garb of digital currency. This news comes forth post new policies being added to ‘AML or the anti-money laundering policies’ that Taiwan has
. 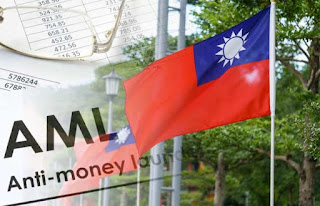 It was not until this year that the Government of Taiwan okayed for digital currencies because it was still perplexed with the way regulation of Cryptocurrency market happened in Taiwan along with the Blockchain sector. However, things have changed quite a bit with the latest Money Laundering Control Act and Terrorism Financing Prevention Act coming in to action.
Legislative Yuan approved this recently drafted act and it also has been given the authority to ban transactions in case they are fraud. All of this is possible due to the fact that Legislative Yuan comes under one of the financial branches of the Government of Taiwan known as FSC aka Financial Supervisory Committee.
Regulations of Cryptocurrencies in place
With passing time, it looks like the Taiwanese Government is moving towards an arena wherein they can regulate and have proper control with the way local Cryptocurrency market works. The new system is also inclusive of the Blockchain space because their sole motto is only to prevent frauds related to or having involvement of cryptocurrencies.
Ministry of Justice, Taiwan releases statement
Even the Ministry of Justice, Taiwan has released a statement specifying these recent amendments to the anti-money laundering bill so it does not come as a surprise that the Taiwanese Government is working its way to make a good foothold with the way cryptocurrencies worked. 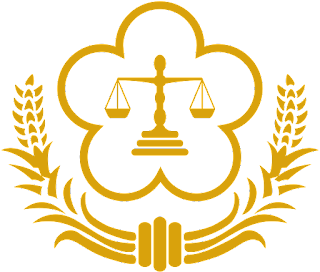 Related departments from the Government of Taiwan are putting their efforts to work for the better while meeting the standards laid down by International Anti-Money Laundering.
Centre for Blockchain based Businesses
Taiwan has slowly been building itself in to a center for Blockchain based businesses, so, when these things are in line then it is necessary that Taiwan and its government makes itself up to date with all aspects of cryptocurrencies. On the other hand, there were also reports for Taiwan to become one of the centers for Initial Coin Offerings also known as the ICOs!
New Crypto Laws in Taiwan
To ensure that everything is in place, Taiwan, like you read above, has modified the existing AML or the anti-money laundering law apart from CFT or the counter-terrorism financing law. Due to the recent alterations made, it would now become all the more necessary for crypto exchanges to give more information to the Government of Taiwan.
Another aspect to be carefully looked at is the way: compliance rules are to be changed by the crypto exchanges. With the Financial Supervisory Commission coming in to action (as they are responsible for creating laws in Taiwan), it is to see how would these laws impact overall Cryptocurrency Exchanges in Taiwan.
While at present, the only aim for Taiwan is to make itself more aligned with the way cryptocurrencies work besides changing crypto exchange markets for the better.

Failure of Cryptocurrencies. Can Blockchain bring back lost glory?