Skip to content
June 30, 2022
Bitcoin Wallet / Cryptocurrency / Top List / Wallets
People tend to be worried about the security of their assets when their value is quite high. Same goes with Bitcoin and other cryptocurrencies. The security of one’s crypto assets depends on their choice of storing them. Some find it difficult to get the correct storage for their assets in order to keep them safe & secure, while some fortunately come up with the safest ideas themselves.
We, being concerned about our audience, have decided to pick up and present some of the safest and securest Bitcoin/Crypto Wallets out of all the wallets that exist in this large industry.
There are several kinds of wallets for several usages for people having different motives of their own regarding their assets. Some of them like to store their assets for long terms, while some tend to have them spent every now and then. Hardware Wallets are mostly preferred for long-term holders since they store the private keys offline securing the assets from being stolen or compromised. On the other side, Desktop and Web Wallets are usually utilized for day to day usages of the assets.
Below is a list of 5 Most Secure Bitcoin/Crypto Wallets complied from all the wallet types.
Also Check Out
Top 5 ICOs Of The Week [18 Oct – 24 Oct – 2018
Top 5 cryptocurrencies of October, 2018 by trading volume 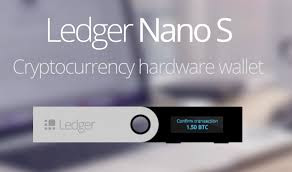 Made and released by Ledger company in August 2016, Ledger Nano S is one of the securest hardware wallets of the present. It comes in a handy USB like the shape and is connected to devices just like a USB chip. It has an OLED screen and two buttons on the side to confirm transactions. It asks for a 4-digit pin code (can be set at the start of its usage) when it is connected to a device. It allows the user to create a 20-word passphrase that is used to recover the assets or reset the device pin code if required.
It supports over 700 coins and tokens including Bitcoin, Ethereum, Ripple, Dash etc.
Ledger Nano S is one of the securest wallets because it keeps the private keys offline which clears the fear of them being compromised and the assets being stolen by evil wallet attackers. 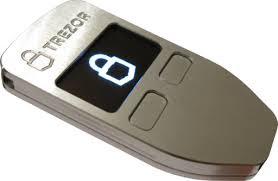 Trezor, made by SatoshiLabs in August 2014, is a hardware wallet that offers secure crypto storage. It is a small, thumb-sized device that is connected to computers or mobile devices through a USB cable. It also has an OLED screen and two buttons on the front that are used for transaction confirmations. Unlike Ledger Nano S, Trezor generates and shows on its screen a new 9-digit key every time it is connected to a device. After you enter that key, it asks for the 24-word recovery key that is generated at the starting of its usage and will also be required for the recovery of assets if required in future.
Trezor supports more than 600 coins and tokens among them Bitcoin, Ethereum, Litecoin, and Dash are a few.
Just like Ledger Nano S, It also keeps the private keys offline hence making the assets very much secure from threats, and that makes it one of the securest asset keeping wallets. 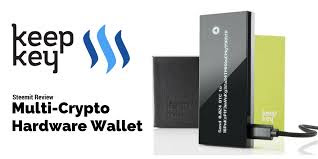 KeepKey is a hardware wallet released in September 2015. It has a rectangular shape, quite bigger in size than Nano Ledger S and Trezor and has a bigger screen as well. It also has the two buttons used for confirmation purposes, and it is connected with devices through a USB cable. KeepKey is also pin-protected which means no one else than the original owner can access anything in it. It generates a one-time 12-word recovery sentence that can be used to recover the assets in the event of the device being lost or stolen.
KeepKey supports Bitcoin, Bitcoin Cash, Bitcoin Gold, Ethereum, Litecoin, Dash, Dogecoin and multiple tokens as well.
It keeps the private keys totally safe and has no risk of losing the assets inside it. That is why it is one of the most secure crypto wallets there is. 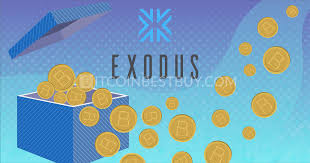 Made by two individuals JB Richardson and Daniel Castagnoli in mid-2015, Exodus is a multi-currency desktop wallet with a very good looking and user-friendly interface. It is very easy to use for beginners. Exodus requires no account registration or identity verification for its usage. It only asks for your email address when you want to get a backup key which will be used to recover your wallet in future. It sends you an email with the backup key required to recover your wallet and the assets inside it. It also has a built-in exchange, ShapeShift, that can be used to exchange any asset between the other available assets.
Exodus supports over 80 coins including Bitcoin, Ethereum, Litecoin, Dash and Bitcoin Cash.
Though it isn’t as secure as hardware wallets, since it doesn’t keep your private keys offline, but it keeps them encrypted in your device and they will be totally in your control. That is why it is also one of the securest wallets to keep your assets. 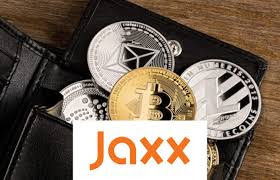 Developed by Decentral, a bitcoin company, Jaxx is one of the most popular multi-currency wallets available as Desktop Application, Mobile Application, and Web Extension as well. It has a manageable user interface and requires no identity verification for its usage. Unlike Exodus, Jaxx provides its users with a mnemonic seed to back up their wallet and the funds and transfer their funds to another device if required. It allows QR code scanning and also has ShapeShift integrated which means the user can easily exchange their assets between each other without having to move them to an external exchange platform.
Jaxx supports over 80 coins including Bitcoin, Ethereum, Litecoin and Bitcoin Gold.
Just like Exodus, Jaxx also encrypts and stores the private keys in your device giving you all the access to them, making it one of the securest wallets of current times.